Laura Pappano is an award-winning journalist, author and community leader. Laura is a regular contributor to The New York Times and The Hechinger Report. She was the 2018-2019 Poynter Fellow-in-Residence at Yale and is writer-in-residence at the Wellesley Centers for Women at Wellesley College.

She is founder of The New Haven Student Journalism Project, which operates through Yale University’s Office of New Haven Affairs. The program gives voice to New Haven Public School students in grades 3-8 who cover pressing issues, including elections, immigration, climate change, education, COVID and youth culture. Through the program, Yale undergrads lead reporting teams of students who produce The East Rock Record. The newspaper existed in print originally but is now online at eastrockrecord.org.

Laura is a frequent moderator, speaker, panelist and media guest. She has lead keynote conversations, including at SXSW.edu, been a speaker on numerous panels discussing education and gender issues, including MSNBC’s “Education Nation” town hall. She has been a TV and radio guest, including on The Diane Rehm Show on NPR.

A former education columnist for The Boston Globe and Harvard Education Letter contributor, her work has appeared in The New York Times Magazine, The Atlantic, The Christian Science Monitor, The Washington Post, The Huffington Post, The Boston Globe Magazine and elsewhere.  Her piece, “How Big Time Sports Ate College Life,” originally published in The New York Times, is included in The Norton Sampler: Short Essays for Composition (8th edition, 2013; 9th edition, 2017). The author of Inside School Turnarounds (2010), co-author of Playing With the Boys (2008) and author of The Connection Gap (2001), Laura is working on a new book, about parent activism in public schools.

Laura is the immediate past board chair of Long Wharf Theatre in New Haven, CT and serves on the board of the Yale Field Hockey Association. A 1984 Yale grad, Laura was goalkeeper for the 1980 Ivy League Championship Field Hockey team. She bikes, plays USTA tennis, is a passionate theatre-goer, reader and cook. 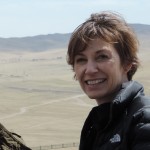